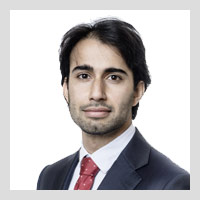 Ramesh Kaushik is a lawyer in the field of European and Dutch competition law and sector-specific regulation.

Ramesh regularly assists companies in obtaining approval for mergers and acquisitions from the Dutch Healthcare Authority (NZa) and/or the Authority for the Consumer & Market (ACM). Furthermore, Ramesh advises companies on matters related to merger control (including gun jumping), distribution systems and cooperation agreements. Ramesh has gained considerable experience in the healthcare sector in recent years.

Examples of cases Ramesh has worked on include:

Ramesh is a member of the Dutch Competition Law Association. Ramesh annually obtains at least ten training credits in the field of competition law in accordance with the standards set by the Dutch Bar Association.

Ramesh has been working for Maverick Advocaten since 2018. In late 2017, Ramesh completed his master's degree in European Law at Leiden University. His master’s thesis was on competition law and sustainability.