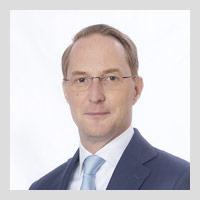 Diederik Schrijvershof has extensive experience of European and Dutch competition law, which he gained both as a private practitioner and as a corporate lawyer and a regulator.

Diederik has assisted many companies with the submission of notifications of concentrations to the European and Dutch competition authorities and advised on diverse forms of cooperation and distribution. He also assists parties that address the competition authorities to object to a merger or acquisition. He is familiar with the ins and outs of applying competition law in various sectors, especially retail & food, and has worked on gaining approval for a large-scale supermarket takeover and a merger between two Dutch dairy cooperatives. During a secondment to Shell as antitrust counsel, he gained experience in the application of competition law in the oil and gas sector.

He has supported companies during dawn raids by the European and Dutch competition authorities. He has submitted leniency applications to competition authorities besides working on national and international cartel investigations and proceedings and advising companies on the prohibition on the abuse of dominant positions. Diederik has provided compliance training in various sectors and has assisted with the implementation of compliance programmes.

Diederik is particularly interested in how competition law works in the healthcare, pharmaceutical and life science sector and has an excellent track record in this field. He was instrumental in getting the green light for various concentrations in the care and cure sector, including a merger between the Zeeuwse hospitals. He acted for all parties involved in the first successful complaint to the Dutch Healthcare Authority regarding the procurement process of a large healthcare insurance company.

His most recent activities include:

Diederik has been recommended for many years in the prestigious guides to the legal profession Legal500 and Chambers & Partners:

In 2014, Chambers ranked Diederik as one of the 40 best ‘up and coming’ lawyers in Europe. Chambers says about these promising lawyers: "These lawyers are playing increasingly prominent roles at their firms and impressed us with excellent client feedback during our research for the Chambers Europe 2014 guide."

Diederik has published copiously in professional journals and is a permanent member of the team of Tijdschrift Mededingingsrecht in de Praktijk. He also is a popular speaker at congresses and seminars and lecturer at the Grotius Academy for competition law.

Diederik obtains at least ten training credits annually in the legal practice area competition law in accordance with the standards set by the Netherlands Bar. 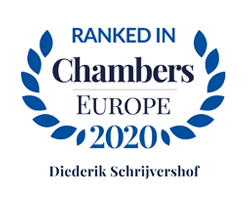 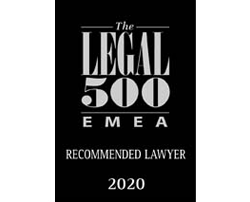